Rawr!!
For those of you who don't know that's monster talk for "hello".
At least that's what my son used to say when he was about 3 yrs old. 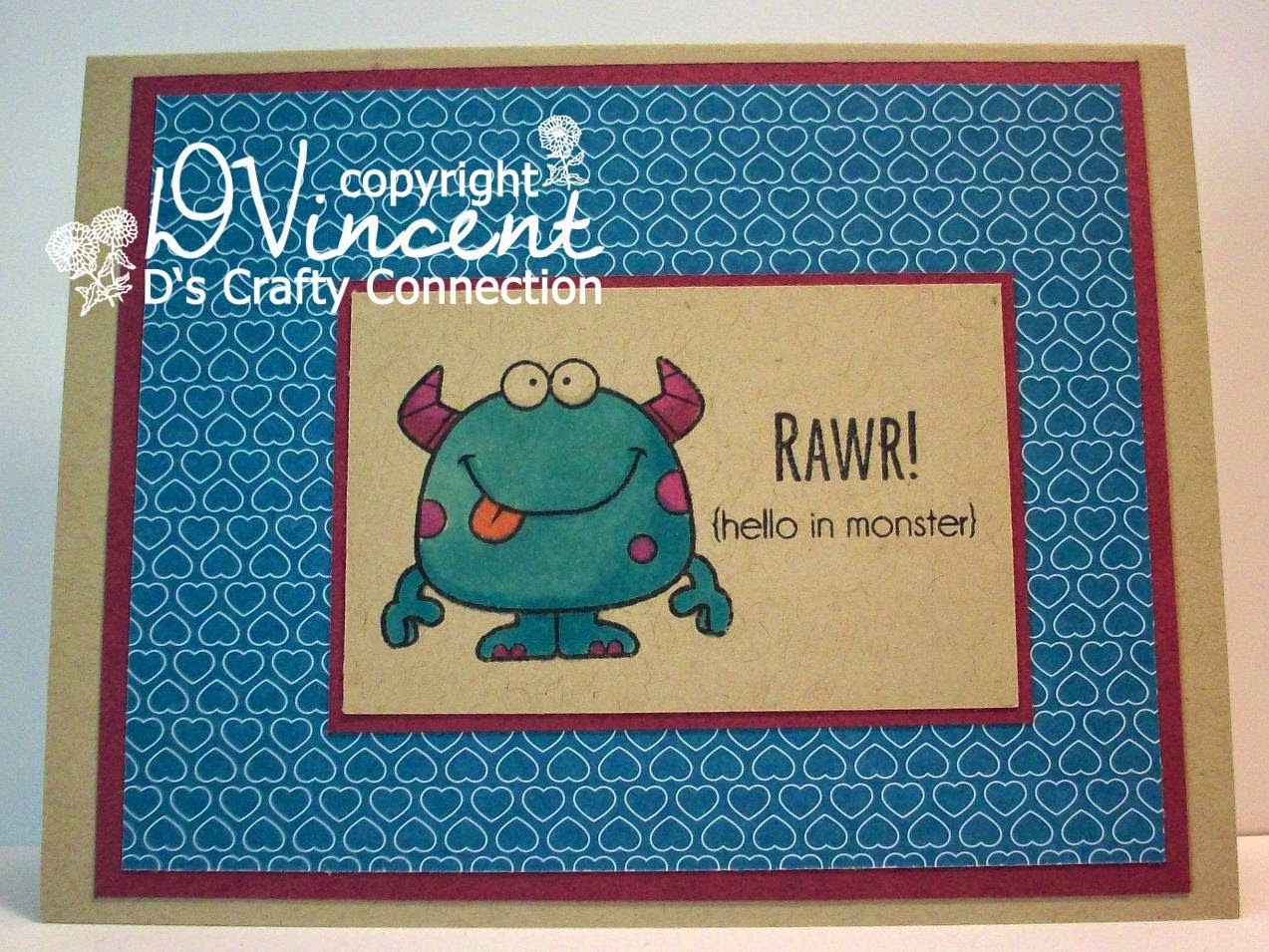 Stamp and sentiment from "Silly Monsters" by Your Next Stamp

As soon as I saw this set I knew I had to have it because of my son.
He went through this phase where he would say "Rawr" as
a response to nearly everything. Then he would say
"I'm a monster"! He was a cute little monster :o).

Til next time friends...hugs and happy crafting! D
Posted by Danielle Vincent at 2:00 AM

Thanks for taking time to leave me a comment. It makes my day happier! Hugs!

Danielle Vincent
I live in the beautiful state of Montana. I'm currently addicted to coloring with copic markers. Hope you find some inspiration in what I share with you.